Advertising funded media and the path to extremism

The german newspaper "Die Zeit" recently posted an article with the topic wether or not drowning people in the mediterranean sea should be saved. Not only is it absolutely out of the question that this isn't a matter open for debate, it is a also a new lowpoint in journalism concerning language and ethics.

One of the reasons for this downfall, seems to be the new business model, that papers had to adapt to. Away from subscription to funding through advertising, and thus, click counts. Articles generating a huge shitstorm, like the one mentioned above, are the best thing that can happen to a paper nowadays. Every upset person writing about it, is generating a link to the article. Clickcounts rise and with it, the income from advertising.

With a system like that, it is no surprise that topics and language are getting more and more extreme, creating as much attention as possible. And we as a society, are not really innocent, that it turned out this way. We all want news, but we don't want to pay for it. But no serious journalist can or will work for free.

What can we do to change that? Should papers no longer offer their articles for free? Or should we as readers stop linking to those articles or even read them? It is a challenge that modern day papers and readers need to face in order to maintain a journalism with a culture for proper language and ethics.

The tragic story of Dr. Braindead 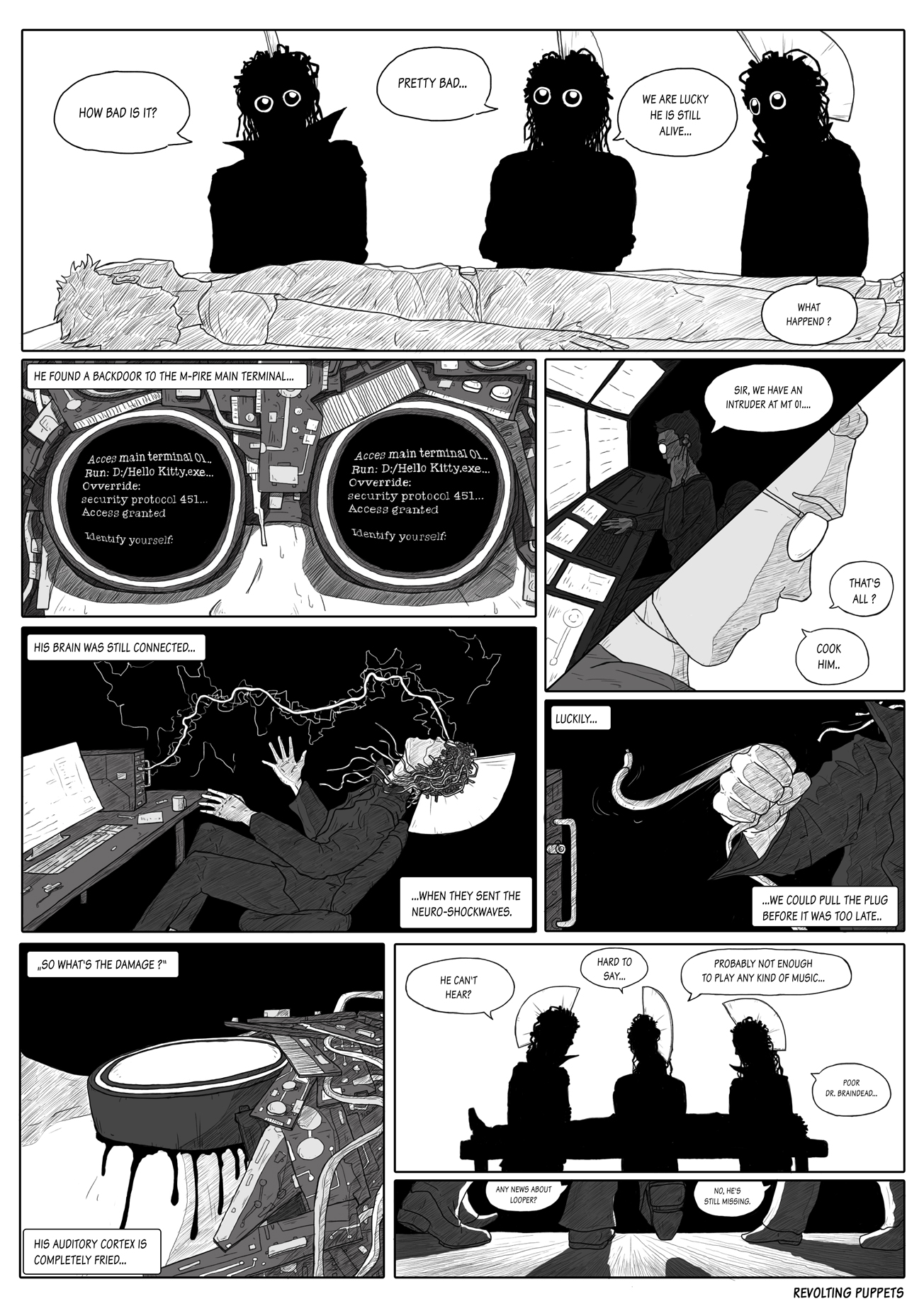 The cake is a lie

Are you tired of reading everyone's success stories?

We naturally tend to only present all the good things that are happening in our lives, wich is not to blame, but it leaves us with a distorted image, of our friends live compared to ours.

And its no different being in a Rock-Band. Sometimes people would come to us and say "Hey, you seem to be on a pretty good run with your band" when we were personally in a spot thinking we were absolut shit and no one really cares about us. Because we only share the good things.

So, in order to correct that, here's a list of all the shit that did not go the way we planned or wanted to, all the fails and disappointments of 2017. (Just to make you feel a little bit better about yourself hopefully)

There were so many things we wanted to do last year. Recording "Dear MTV", releasing it as our first single, making an awesome short-film videoclip for it. None of it happend. We simply were not ready yet. Having great ideas, but have to keep them on hold is frustrating, even though sometimes necessary.

Recording live for our EP

We recorded two gigs in order to get enough material together for our first release. The sad thing about it was that we had songs that we would have loved to be on the release, but honestly were just too badly played. So in the end we were not free to just pick the ones we liked, but had to pick the ones that were technically not the worst of the worst.

Boy, did that thing go wrong in the beginning. We put so much work into press kit, mailing in 4 languages, collecting addresses of blogs, radios, newspapers, sent out around 250 e-mails and the resonance was 0. Null. Absolutely nothing. Well basically nothing, of the 250 mails, probably only around 25 got even read. But no answer back, nada. It would take up to 2 months, when we first got mentioned on a blog we contacted. From then on it went a bit better. But to be honest, we expected more. Maybe we were naiv, or just did not know enough about modern day marketing.

We lost our drummer

Maybe not the worst thing that happened, since we now have a new one and are very happy about it, but it was still a bummer. Although we parted in good ways and there were no bad feelings on both sides, it still meant investing time in finding a new one, being uncertain about what the future will bring us and how fast we would be back on track again.

So that was it, all the things that went wrong this year, it was not easy, but it was still fun enough to go on with everything.

Oh yeah and by the way, fuck you facebook, for not showing ur posts to our fans anymore unless we pay. We probably have to think about a new way to connect to you all soon....(and yes, just for the irony, this will be posted on fb too)

Hey hey hey, we are now on Spotify too!

Maybe a brief disclaimer why: (Because honestly until recently we thought Spotify is shit)

Ok, maybe it is still not the best and honest paying thing for a musician, but hey, honestly at least it pays something. If you stream us on Youtube we don't get shit. Just keep that in mind. Plus, there are certain things we started to like about it.

We could create an Revolting Puppets playlist for example, where we could share all the music we listen to or think is great. And there are honestly a lot of great playlists, created by real people, who do a lot of research in bands and music.

And we discovered a lot of great music ourselves through that.

Of course we would still need a fucktonne of plays to really get something that supports us as a band, but that is also up to you of course. The more and often you listen to us (if your ears can bear it) the more support we get.

So we thought we give it a shot, basically also to make it easier for you (if you already have a Spotify account) to listen to us.

If you still can't settle your inner rage, feel always free to send your love to band@revoltingpuppets.com